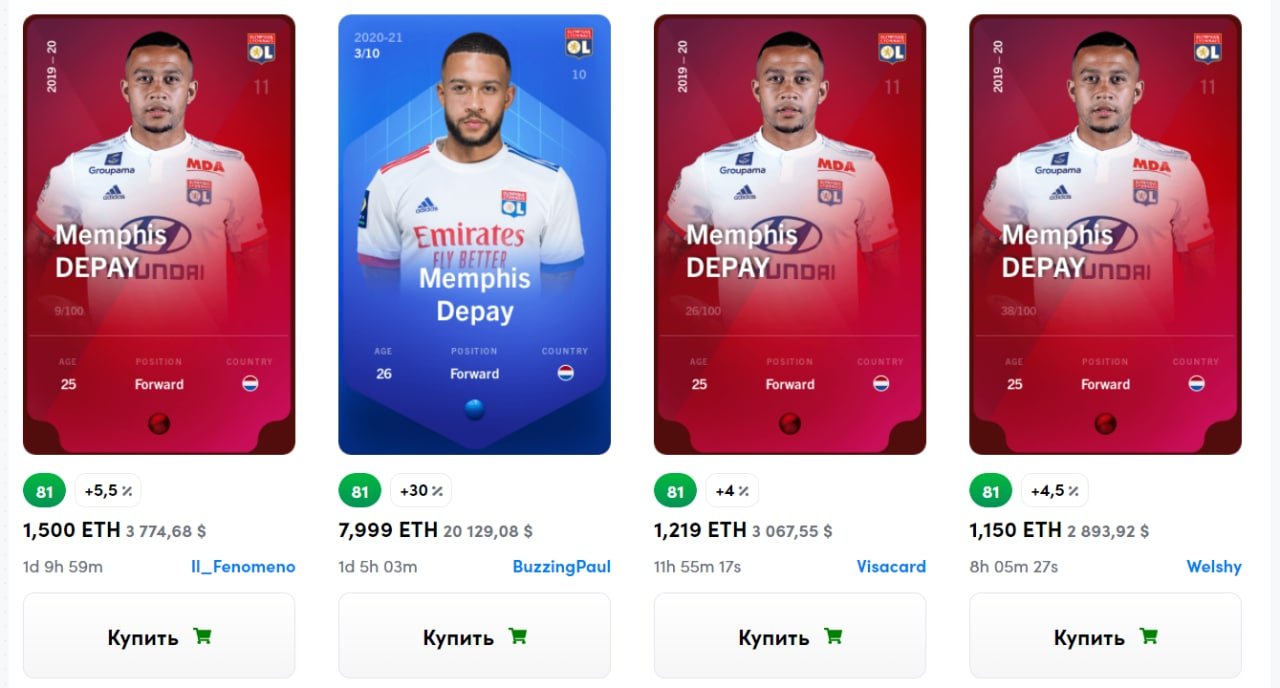 Friends, today we decided to share with you some exemplary deals of Octopus Football pool, trading on Sorare blockchain game market.

The first deal is on Memphis Depay soccer player. The manager bought him about five months ago and didn't miss out. It was recently revealed that he will now play for the club Barcelona, which is a very good growth driver for the card. Since entering, the price has increased fivefold, but the upside potential is great, so the trade is still open.

The second trade was on the player Yakimenko. On it, our manager increased the investment more than seventeen times.

In general, Octopus Football are doing well. Now the manager is collecting players for the championship EURO.

By the way, today we have analyzed only part of the pool deals. All the rest you can monitor on the official Sorare site at

You can invest in the pool through our bot - @Octopus_VC_bot